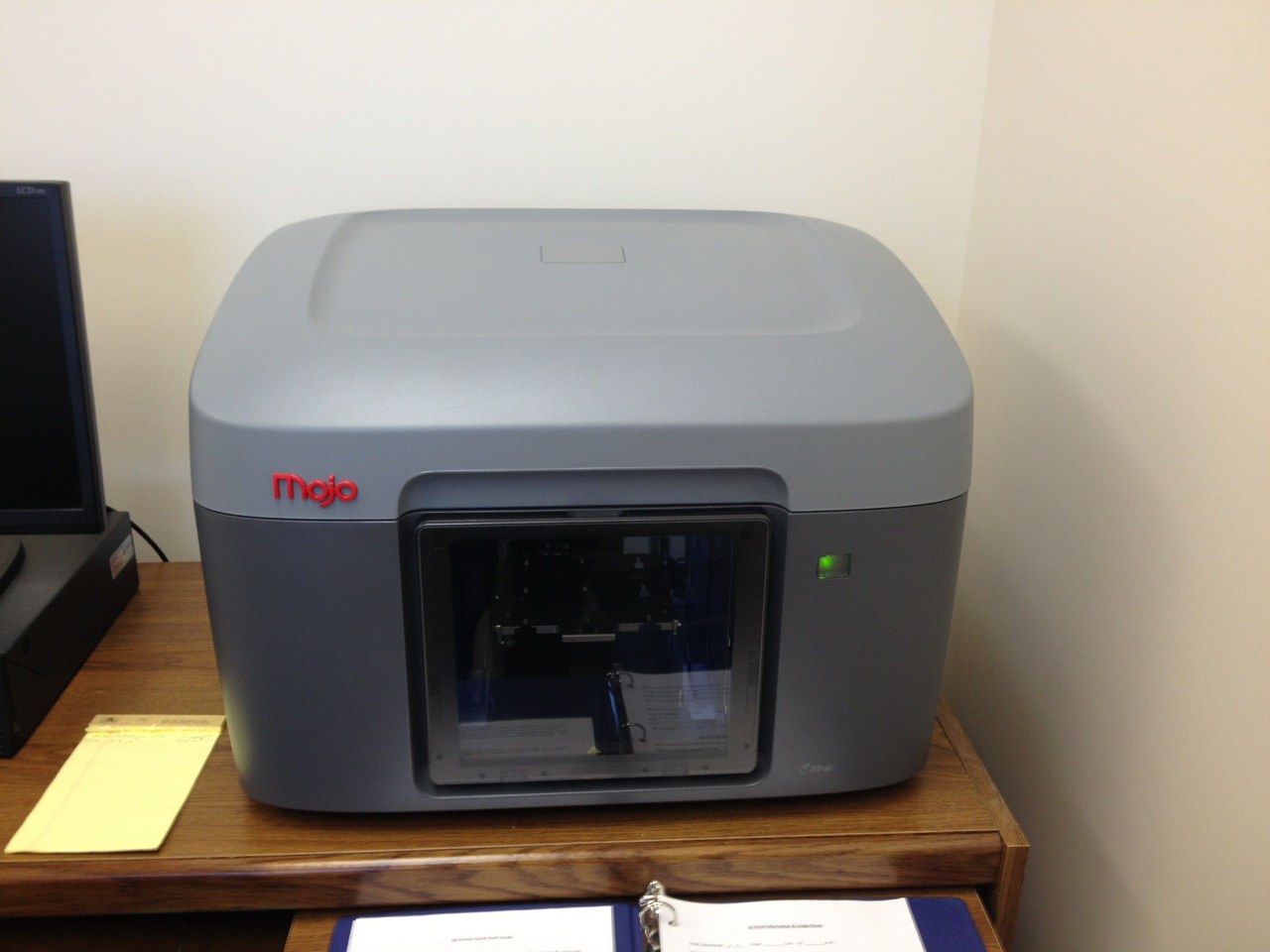 The ATSU Memorial Library, in conjunction with ATSU Information Technology Services, is providing access to 3D printers in the libraries on both campuses.  The printers provide an introduction to the technologies used in both the design of 3D objects and the actual printing of 3D files.  Students and staff are encouraged to imagine ways these technologies can be utilized in their lives and practice.  For more information about 3D printing at ATSU, please see the 3D Printing guide at http://guides.atsu.edu/3Dprinting 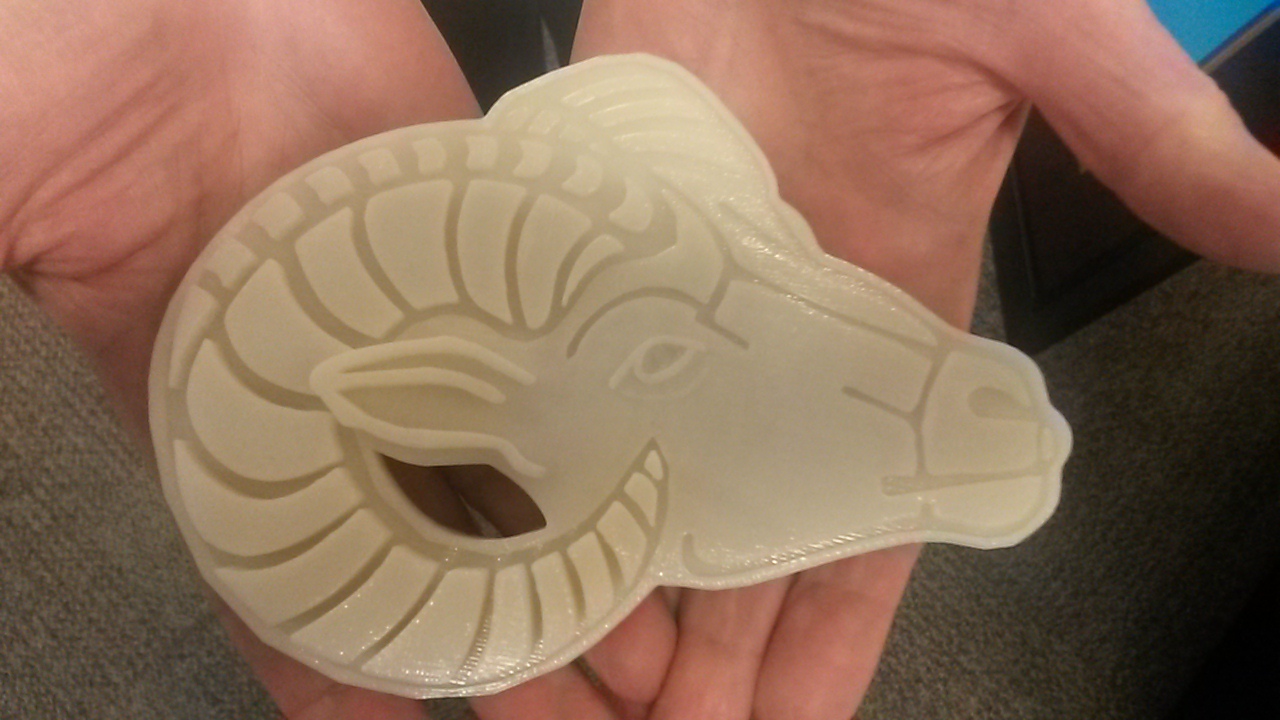 A 3D print-out of the Ram of Reason printed in the Mesa library. It took about 5 hours to print.

Research or academic purposes only

Bill Coombs, ETDC Director, published an article in the January issue of the Journal of the Medical Library Association (J Med Libr Assoc. 2015 Jan; 103(1): 64–65). It is a review of the second version of LibGuides that was issued in 2014, and to which the library transitioned its account last September. The article can be accessed at the following link: http://www.ncbi.nlm.nih.gov/pmc/articles/PMC4279945/?report=classic  The article talks about some of the new features that are included in version 2

Since the article was written, couple of issues have arisen about version 2 that weren't obvious initially. The first is that version 2 no longer includes a Comments feature. LibGuides' company, Springshare, felt it wasn't used very much by its subscribers. However, it was a feature that several of the University's programs used with their Guides, performing as a discussion area where students could comment on various content of the Guide. The ETDC has been in contact over the past several months with the company about this issue, and the current word is that they are reviewing whether to include Comments in a future update.

The second issue had to do with using "Assets," which is the version 2 name for images, documents, and links that are included in Guides. Problems arose when editors who were not the "owner" (the account holder who had initially set up the Guide) tried to update assets that were on the site. The way the new website coding worked, whoever had uploaded the original asset was the only one allowed to change it. Several months after version 2 was launched, Springshare altered the way the assets are shared, and now editors are able work with the assets uploaded by others.

In coordination with Dr. Wilson’s predoctoral training grant, the library staff made NextGen available on 6 library computers (2 in the Creation Station and the first 4 computers in the Computer Lab). NextGen is a clinical management software. that users can use to complete patients records and view patient information. The computers in the Library with nextGen are labeled “This PC has NextGen” and are available for use any time the library is open.

The Family Medicine department maintains a website, Family Medicine Training in Electronic Medical Records (http://sites.google.com/a/atsuedu/emr), that contains a variety of practice cases for you to explore.  If you haven’t checked it out yet, this is your chance.

Got a question?  Are you struggling to get it working?

Please contact David Owens (dowens@atsu.edu) or Margaret Hoogland (mhoogland@atsu.edu), who will be happy to assist you by troubleshooting the issue.