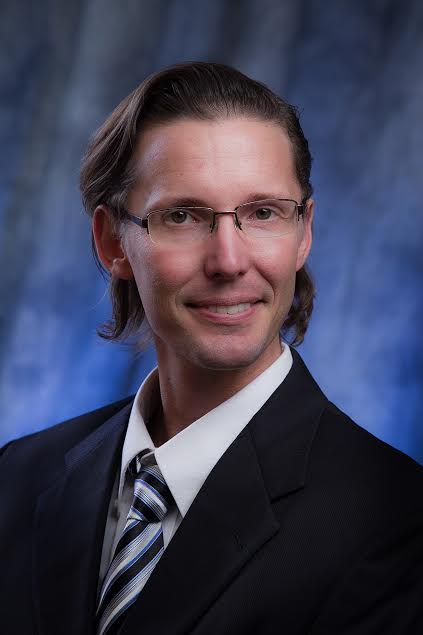 David is the Public Services Manager for A.T. Still Memorial library. Coming from a military family, David was born in Rapid City, SD and has lived in Iowa, Alabama, Missouri, and Louisiana. He first moved to Kirksville from New Orleans, LA, where he was attending Tulane University. With the onset of Hurricane Katrina he transferred closer to home and finished his undergraduate degree (Health and Exercise Science) at Truman State University.

Upon graduation he started working in the Inter Library Loan (ILL) department at A.T. Still University, in 2008, where he quickly developed a passion for the library profession. Since then, he started his graduate degree online at San Jose State University (SJSU) in Library and Information science. Throughout his course work at SJSU, electronic library resources and technology have been his focus and he has learned a great deal from classes such as Online Searching, Using Social Media for Competitive and Company Research, and Digital Libraries.  After graduation in May 2015, David hopes to be a Systems or Electronic Resources Librarian.

At the Missouri Campus Library, he is primarily responsible for the day to day operations of circulation and assisting patrons at the circulation desk. He supervises the ILL department and assists with reference and resource access issues, along with managing 22 dental and D.O. work-study students. David has coordinated library exhibits such as “A Voyage to Health” and the upcoming exhibits “Opening Doors: Contemporary African American Academic Surgeons”.  David also collaborates with other library staff to coordinate the library open house and new student information fair.

Among his favorite duties at the ATSU library, training and working with the work-study students is at the top of the list. He enjoys assisting students with using mobile devices to access, and trouble-shoot library resources, along with database searching. One of his latest projects has been to help set up the library’s 3D printing station. Sally, Distance Support Librarian, on the Mesa campus has a guide to the 3D printing station here: http://guides.atsu.edu/3Dprinting .

As librarians, "we celebrate and preserve our democratic society by making available the widest possible range of viewpoints, opinions, and ideas so that all individuals have the opportunity to become lifelong learners - informed, literate, educated, and culturally enriched." ALA (1999)