A guide for all the celebrations relating to the Library's 100th year anniversary. 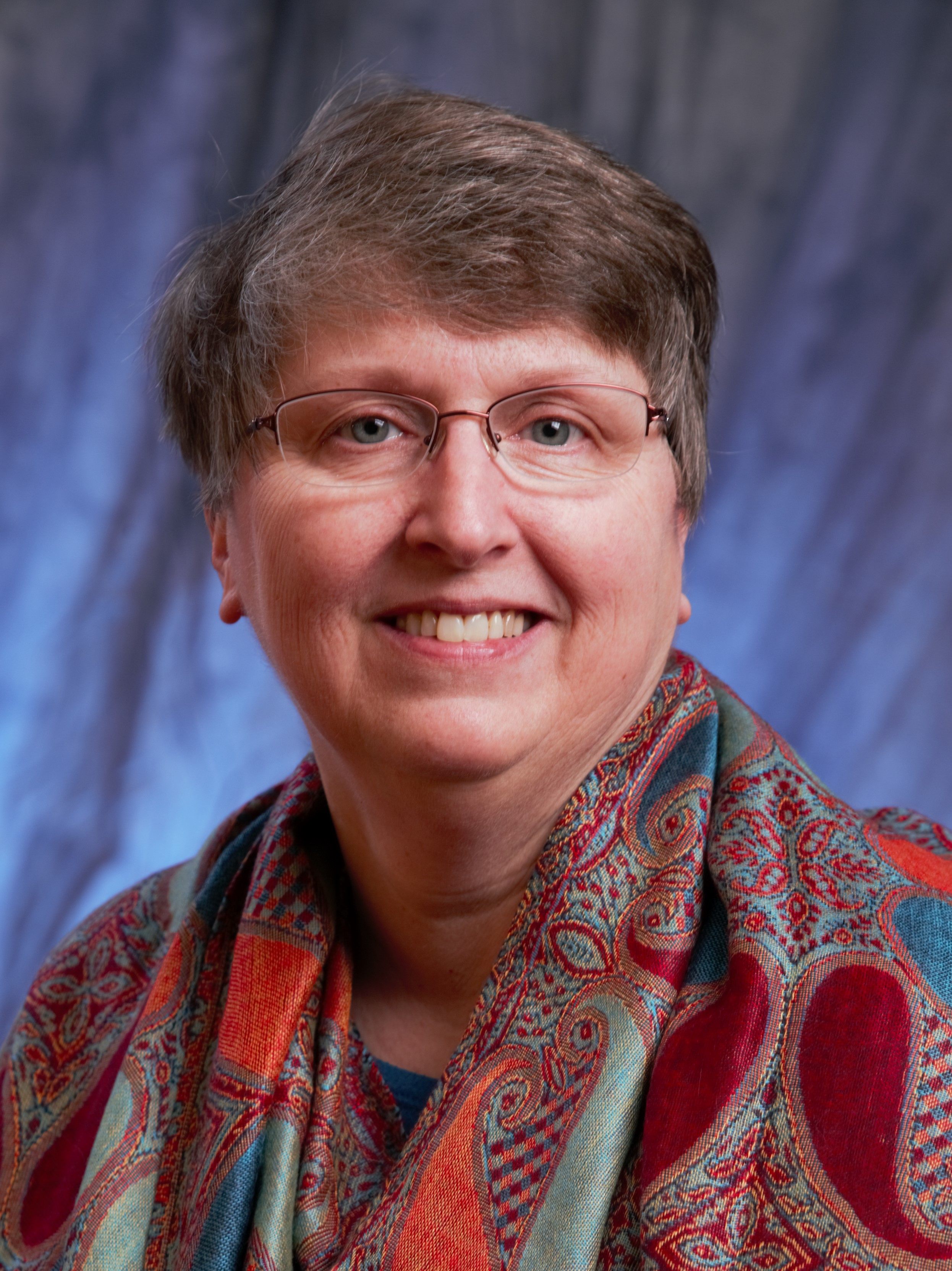 September 20, 1922, seven hundred persons assembled in the auditorium on the upper floor of the new building (formerly the A.T. Still College of Osteopathy and Surgery (ATSCOS), now called Couts Learning Center) to dedicate the new school.  " Located to the west of the lobby were the president's suite and the A.T. Still Memorial Library..."

In 1924, ATSCOS closed its doors and merged with the American School of Osteopathy (now A.T. Still University.) The libraries were combined, keeping the name A.T. Still Memorial Library.

In the 1932-33 school year, changes to the administration building (now the Cout's Learning Center) saw the A.T. Still Memorial Library moving from its first-floor location to a more prominent place on the second floor of the building. 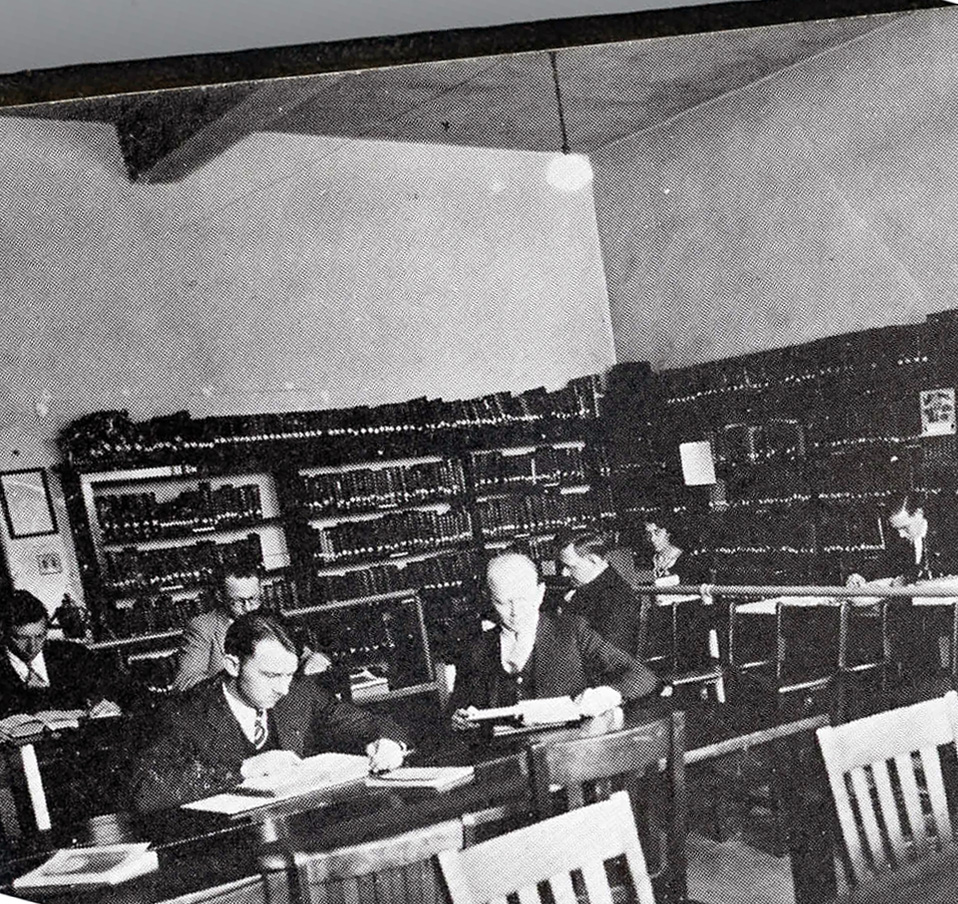 Georgia Walter, BS, (seated) was the Librarian for the A.T. Still Memorial Library from 1969 to 1986 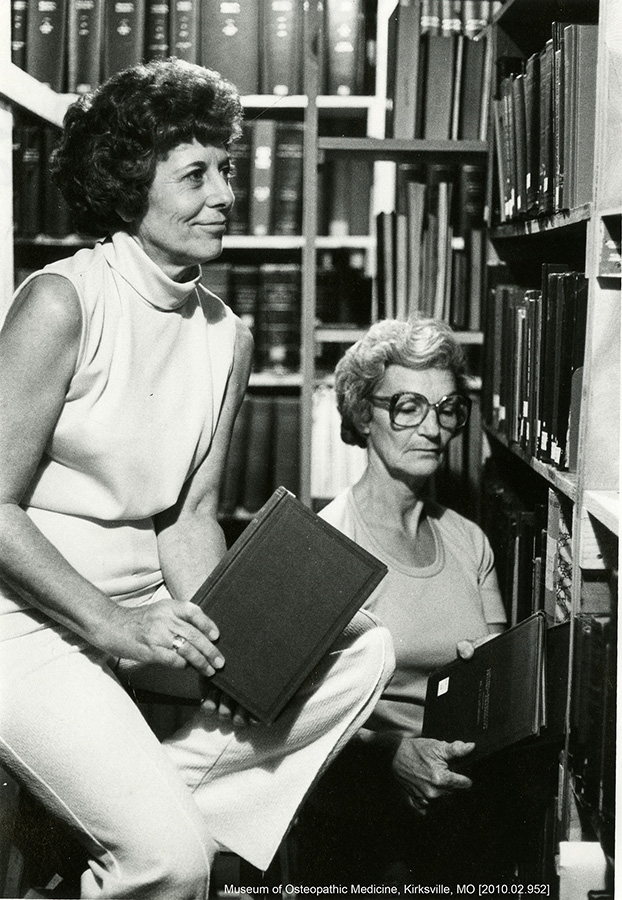 Graduation at  A.T. Still College of Osteopathy and Surgery

Class exercises for the graduating class of the A.T. Still College of Osteopathy and Surgery were held on May 16, 1924

"A year ago at this time, the graduating class presented the school with a token which we all appreciated. It was a pledge that each member would contribute ten dollars for a year for five years for some useful purpose. We decided that the contributions of the class of 1923 should be used for the library purposes."